Chace and his friend Dylan have been going to the refuge Wheeler Wildlife Refuge for quite some time now.  They go out there to fish, to hike, to swim or just to hang out.  I had never been until my parents came up for one weekend.  Chace had been telling my Dad about it and so of course he wanted to go.  Sure!  I was definitely up for it.  I was hoping that there was a geocache there, and there are but the closest one to where we were was actually across the river – and we didn’t have a boat.  So, we settled for hiking and checking out the caves instead.  I took a ton of photos.  I especially like this one….all the boys heading down the trail toward the cave. 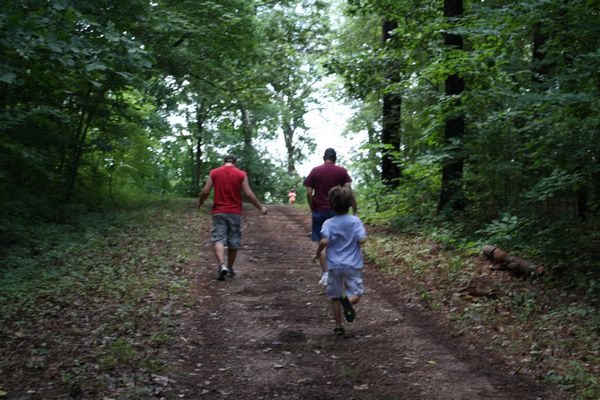 and then of course there is the requisite picture of ‘the Fam’. 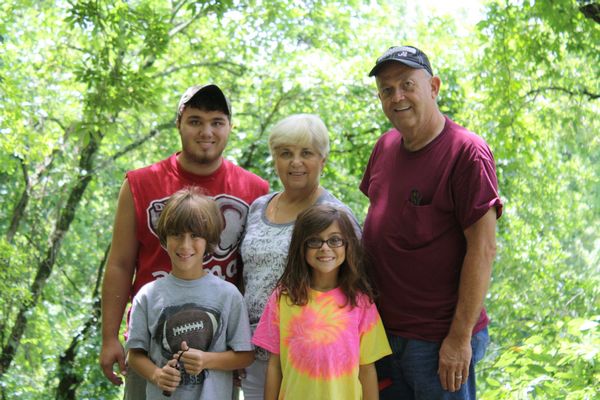 This is a group of 3 of the pictures.  The one in the middle is so perfect because it shows my sweet parents as my Mom is scared to death and my Dad is trying to help her down the trail.  The one on the left shows a cool sun flare I was able to capture, love it!  The one on the right just shows you the sheer rock face that the trail we walked down runs right by.

Next up are some shots from inside the cave.  It is pretty large, and there are a couple of different ways to get in, although only one of those you can do while walking.  Since I am not a big fan of crawling in caves, I took the easy walking entrance.  Caeden and Lael had to explore the other entrance/exits as well though!  What stinks about the cave is the amount of trash inside it and all the graffiti on the walls. 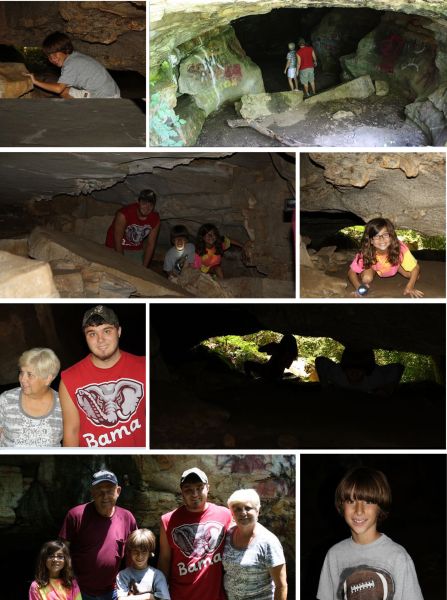 Last up are the mandatory impromptu photo session pics.  Caeden was really the only one who complained about getting his picture taken.  Lael is always up for a picture, and you can never tell with Chace – but Caeden did NOT want to take the time to pose, let alone smile!