Yesterday afternoon Lael soccer team got together at the clubhouse where one of the girls lives for their End of the Year party.  We had been at the ballpark all day with Caeden and Chace and I just did not feel well.  So, Todd took […]

Lael is playing soccer again this Spring.  The Spring season is quite a bit more relaxed than the fall season, they don’t get uniforms, there aren’t as many games, nor as many teams.  Lael’s team started off the season doing pretty well, but midway through […]

Lael decided she wanted to play soccer again. She and Caeden both played in the fall and both loved it. Caeden chose baseball this Spring, and Lael chose soccer again. She is the smallest girl on her team, but she more than makes up for her size! She is right in the middle of all the action which anyone who knows her would believe! 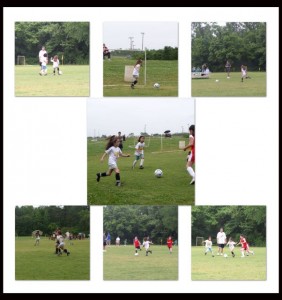 Traci and Mayson are home from their vacation and they stopped in Tuscaloosa to pick up Rex and to vist.  So, we decided to go down and visit as well.  Todd was supposed to go as well, but at the last minute he got called […]

Heather and her family are already here, so today Mom and Dad decided to drive up also.  The twins had a soccer game this morning at 9:45.  Mom and Dad hopped on their motorcycle and took off from Birmingham early enough to make it in […]

This was a great game – the twins are really getting into playing now.  They have figured out that if you want to get in on the action and be able to kick it, you gotta get really go after the ball.  The coach has postions for them, he calls them Taz, Striker and a couple of others.  I don’t have a clue what they mean, but the kids seem to be learning what he wants them to do when he says, Hey Lael – Be my Taz!  Anwyay, I got a few good shots of them playing today, and one of them resting on the sidelines.  Look closely at the picture with Lael in it, she is just chatting away at someone while the game is being played around her.  H-I-L-A-R-I-O-U-S! 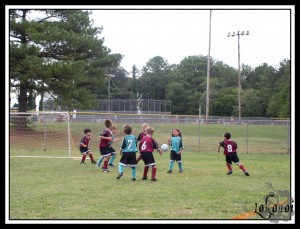 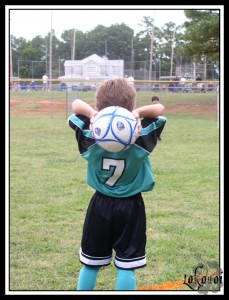 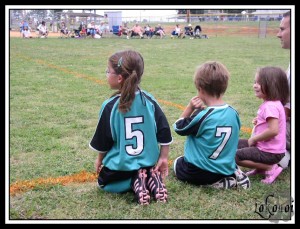 We’re Back in Soccer

Well, not me actually! Caeden and Lael are playing. They are on the same team, which is an all boys team. Actually, the whole league is all boys. There is one team that is made up of all girls, which is very weird, I think. […]