Project Life is a type of scrapbooking that has been around for a while now.  I’ve always avoided it because of what I perceived as it’s limitations.  The premise of Project Life is to capture your everyday life in a scrapbook.  It is to record […]

I am a winner! Whoo-hoo……and no not a winner in a marathon or anything like that.  I was randomly chosen among thousands of entries at www.scrapbook.com to win one of their awesome prize packages.  I was so stoked when I found out and even more […] 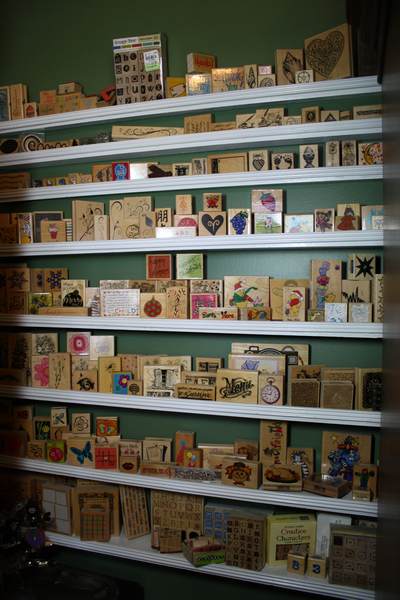 I love my rubber stamp storage system.  I struggled with my stamps for years.  They are so bulky and take up so much room.  I had them stashed in several boxes but they were hard to find one to use.  So, guess what?  I hardly ever used them!  I started doing a bit of research on the best ways to store them.  There are lots of creative ways to store stamps!!  I decided the best way for me was several narrow shelves with a bit of trim on the front of each to form a lip to hold the stamps in.

The picture quality is terrible because the lighting is pretty bad in that corner.  The only wall I had available was a tiny little bit, about 4 feet wide.  And it’s wedged in beside the computer armoire, so it doesn’t get a lot of light. 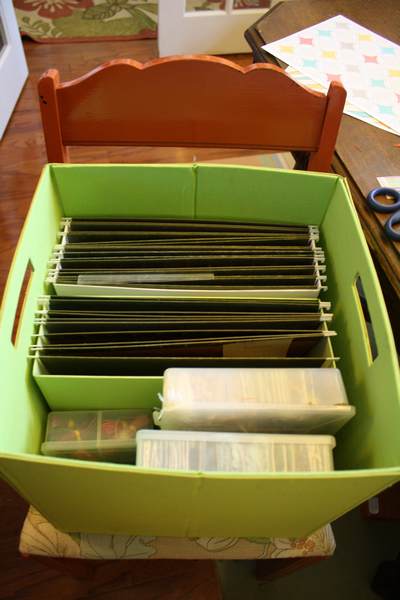 As I was researching stamp storage I found out that a lot of people were un-mounting their wooden stamps because they take up a LOT less room that way.  Well, turns out I had a bunch of unmounted wooden stamps as well so I had to figure out how to store them.  Also, I stopped buying wooden stamps after that (unless they were ridiculously cheap!)  I finally decided on a method.  I went with plexi-glass sheets from Lowe’s and Aleen’es Tack it Over and Over glue.  Basically you just paint the backs of the stamps with the glue and they stick to the plexi-glass sheets, just sticky enough for you to be able to pull them off and put them back on.  Here is a link to a YouTube video tutorial on how to do it.  But, it’s not hard, I promise!  The plexi-glass sheets are in hanging file folders which I hung on some magazine holders bought at Target.  These fit perfectly inside one of the fabric covered boxes, also from Target.

These are my stamps on the plexi-glass sheets.  As you can see I need to get busy with the Tack it Over and Over glue on several of them! 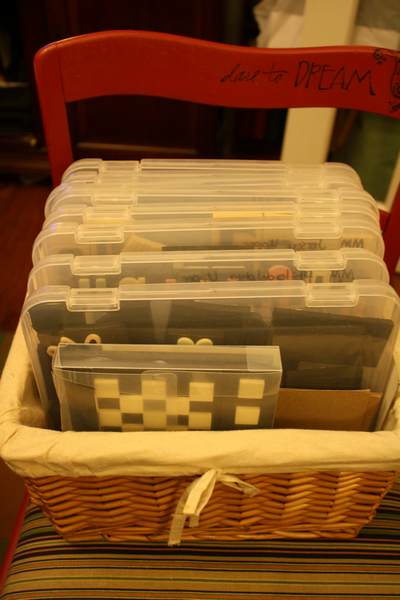 Last type of stamps are my foam stamps.  These were all the rage several years ago.  Making Memories made a bunch of them in different fonts and then a few other sets like flowers and shapes.  I found the perfect storage system for them pretty much as soon as I bought them.  Scrapbookers were talking about these perfect sized boxes found in the Dollar Spot at Target called Document Boxes so I went to a couple different Targets to find enough.  The boxes are only about 1″ thick which works well for 2 layers of the foam stamps.  I store the document boxes in a basket.

Here is one of the sets of stamps in the open Document box. 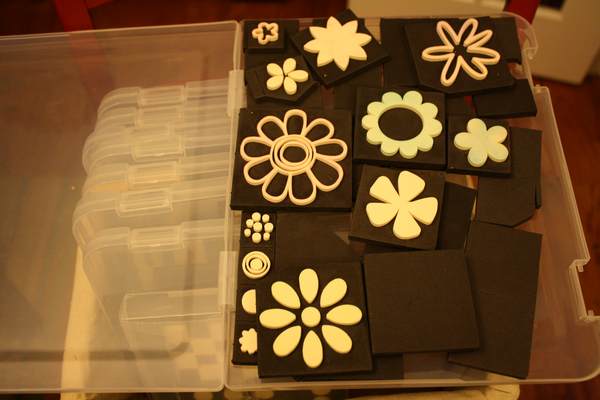 I need to create a poll somewhere on a scrapbooking forum to find out how much paper other scrapbookers have.  My family seems to think I have a lot.  I know I am a bit of a paper hoarder, I LOVE paper.  That’s why I […]

Finally!  I’ve been meaning to complete this project forever, like thinking about it for years, and planning it for months.  I’ve actually had the supplies for at least 3 months now with all the labels printed and everything!  When I sat down to finally do […]

National Scrapbooking Day is always the first weekend in May.  That makes it coincide nicely with my birthday, sometimes even ON my birthday!  This weekend though was the perfect time to spend all day indoors scrapbooking.  It started raining Friday night and hardly stopped at all until this afternoon.  I joined the NSD challenges over at www.scrapbook.com  They had 10 different challenges.  For each challenge you entered and completed you went into a random drawing for a prize package.  I love prizes!  Especially scrapbook prizes!!  I completed 8 of the 10 challenges.  One of the challenges was not really a challenge, it was a door prize.  All you had to do was join.  Another one was to upload a picture of your scrapping space.  That is a record for me, honestly!  I can normally spend a whole day working on one single layout.  I just may be the world’s slowest scrapper.  But, I was cranking those layouts out Saturday!  Here they are.

This is my March project over at The Hybrid Chick, I created a cd case.  I used a cutting file from the store there which made it way easy to put together.  Head on over to see more pictures and details on how I made […]

Every month the girls at The Hybrid Chick do a Simon Says project.  Sometimes it is a template, or a specific kind of project or something else.  This month, we were supposed to use a FREE mini kit to create anything we wanted.  The mini […]

Simon Says – Use this Template

Each month the girls at The Hybrid Chick blog do a Simon Says challenge.  This month we were challenged to use Kelleigh Ratzlaff’s Soap Box template.  Several of the girls stepped up the challenge and all produced some outstanding items!  You can check out everyone’s creations by clicking here.

I created a pirate chest to go along with another pirate project I have in the works. 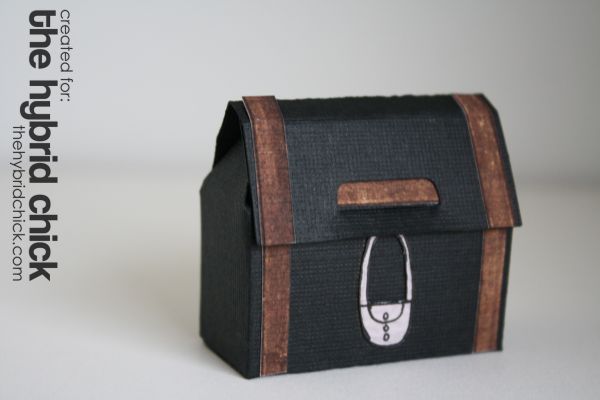 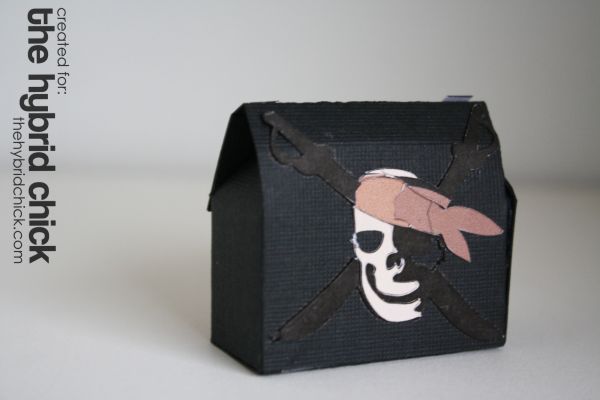 For my blog post at The Hybrid Chick this month I’ve created a set of pirate themed stuff.  These could be used to decorate a table at your child’s pirate themed party or whatever else you have in mind.  Come on over to the The […]

One of the fabulous designers at The Digi Chick, Cathrine from Paper Garden Projects is starting a hybrid card making class.  Anyone can join in if you are a pro hybrid scrapper or just wanting to start out.  The full details of her first challenge can […]