Lael’s room seems to be the one in the house that is constantly evolving. I loved the original color scheme and paint treatment. There were a lot of blood, sweat and tears put into those polka dots!! Alas, my baby girl grew up and out […]

Lael has oodles of dress-up clothes.  She could invite all the girls from the 2nd grade and each one could wear a different outfit complete with accessories.  Most of the clothes were given to her by her cousins and some purchased by us.  She doesn’t really […]

Every weekend for many many months, we talk about cleaning out the garage but we always seemed to find some excuse! It was either too cold, too hot, raining, too many activities already on schedule, or Todd was working or something! Finally, we said FOR REAL! we are going to do it! Our garage was embarrassing it was such a disaster! We started Saturday morning pulling stuff out and trying to organize what we wanted to keep on the driveway. We filled up the truck and the van with stuff for GoodWill and quickly filled up our trash can, very very quickly. It’s amazing how much literal trash we had stashed here and there, like pizza boxes! I mean, who keeps 14 pizza boxes in their garage? Ok, maybe not 14, but too many I assure you!! Dark came much too quickly Saturday night and we had to put all the keepers back in the garage. Sunday we started again with the same process, pull everything out and try to organize it. More trash and more trips to GoodWill. The twins were discovering toys they never knew they had, Todd and discovered lots of stuff that we had forgotten we had. Chace was conspicuously absent.

It has almost gotten dark, so we decided to pack it up for another day. I had just gotten the veggies and shrimp out to throw on the grill when we heard one of those screams that you just KNOW is bad, it means that somebody is hurt. Todd went outside to see what happened, expecting to find a scraped knee or black eye or something. He comes in carrying Lael with his hand cupped under her chin and blood everywhere. I see the gaping wound and know immediately that we are headed to the ER. Todd takes her to the bathroom to see how bad it is and try to clean a bit of the grit out. Caeden is tagging along behind telling the story of how Lael wrecked her turtle bike, she was going too fast etc. Todd is so much better at that kind of thing than me, so I go to her bedroom to get some clothes, because she is wearing her swimsuit still and I didn’t know how long we would have to wait in the ER. We get her clothes changed and I grab a book and some crayons and paper and off we go. We get there and it’s not terribly crowded, yay! They get her to a room and the doctor comes in and says yes, she needs stitches. of course she does!! we knew that! The doctor tells her she needs about 3, but they won’t hurt. He did say that the shot to deaden the area will hurt a little. He has me hold her hands and Todd her feet, I suppose to keep her from flailing and wiggling but she did not move a muscle. The only movement was the big crocodile tears rolling down her cheeks! We got her stitched up and then went to Hardees to get the milkshake Todd promised her.

On Saturday we went to Asbury for the Girl Scouts Thinking Day event.  It was great.  We had no idea what to expect since this is our first year.  It was a lot like Christmas Around the World that the Cub Scouts did in December.  […]

Artist in the Making

If you ask Lael what she is going to be when she grows up, her prompt response is ‘artist’.  This girl loves to draw, paint, sketch, help me with crafts – anything in an art related field, and she is on it!  Yes, it makes […]

I always say I am going to start these in like October, but it never works that way.  It usually happens the first or second week of December, so I am actually ahead this year.  Of course I still need about 75 more, but at least I have started!  Lael also wanted to help, so I gave her some supplies and she went to town creating her own masterpieces.   See if you can decide which cards are hers! 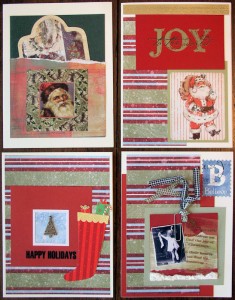 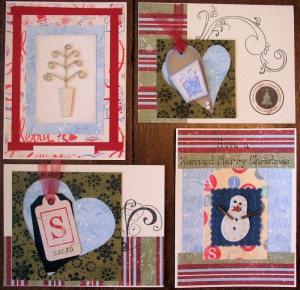 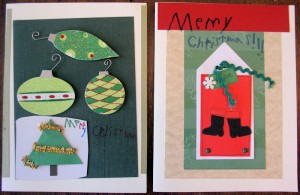 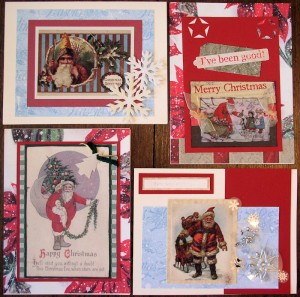 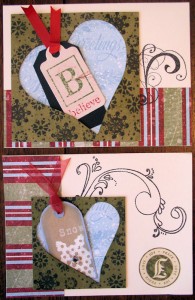 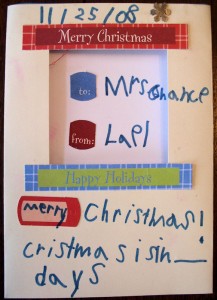 We have finally been to the doctor.  Yay!  There are only a couple here in Madison, and I really didn’t want to drive into Huntsville every time we needed to go.  So, we were on the waiting list at a couple of places.  Finally, Cornerstone […]

Lael’s teacher requested conferences with all of the parents.  So, I went in yesterday to meet with her.  She said that Lael was doing very well in all her subjects, especially the language and reading.  She has an 89 in Reading and 97 in Language/Writing.  […]

Crazy curls!  When Heather was here she used a flat iron on Lael’s hair.  It looked so good, so sleek and straight.  This got Lael to thinking about changing her hair.  She has been talking about wanting curly hair for a while now.  So, I got some foam rollers from Target and we rolled her hair last night.  It took forever!  She was not a happy camper while all that was going on.  She kept asking how much longer, how many rollers do you have left?  I bought a pack of 45, but only used about 30.  This morning, I took them out and was simple amazed at the curls.  They are true spiral curls.  Her friends were amazed! 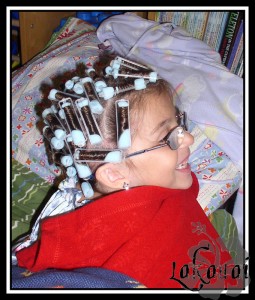 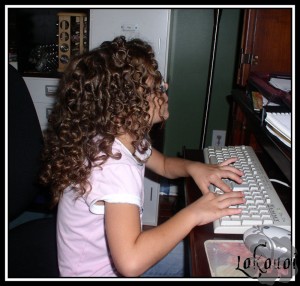 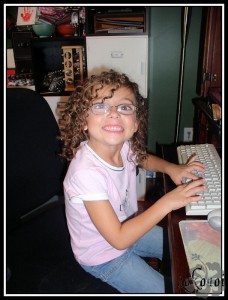 This playset has been ‘in the works’ for a few months.  We first started talking about it after we moved here and after the weather started getting warm.  Then we decided the twins birthday was coming up and it would be a perfect gift.  But, […]

This was a great game – the twins are really getting into playing now.  They have figured out that if you want to get in on the action and be able to kick it, you gotta get really go after the ball.  The coach has […]

Life at the Anderson's
Previous Posts