There is nothing like 10 or so girls, a fire, chocolate and marshmallows!  One of our Daisy parents generously offered to build a fire ring in their fabulously big backyard, so we all met there Friday night to roast marshmallows and play.  We ended up with waaayyyy more marshmallows, graham crackers and chocolate than anybody could eat, but it was great fun.  The girls were almost as interested in playing in the sandbox and on the swingset as they were in the marshmallows though!!  Several of them just wanted to catch the marshmallow on fire, and then they were done!!  Of course, then just eat the chocolate bar by itself.  That’s what I did! 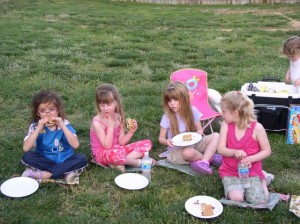 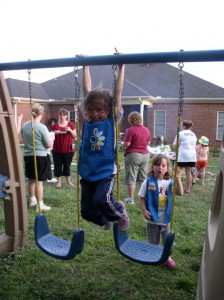