We have been talking about another camping trip for months now. Finally, we picked out a weekend. This was it. It was perfect. The weather could not have been better! Well, I did get a bit cold Friday night in the tent, but it was not that bad. I nagged Chace enough about asking a friend to go along so that he would have someone to hang with. He chose Dylan, so that was good. They were away from the camp exploring the trails nearly as much as they were around. The only glitch was that Dylan’s phone worked pretty much all the time, so he could text with friends and Chace’s did not get a good signal. That is whole other story for another post!

Todd started working that crazy shift, evenings, so he went out earlier to get the tent set up and stuff and then just went on to work since Wheeler is in that general direction. He came back to the campsite late that night. I had Bailey, the twins and Chace and Dylan with me, we arrived a little bit after. Aimee and Dylan were already there too. Aimee and Dylan set up their tent, I was very impressed. I am positive I would not know where to begin to do the same! Chris came out when he got off work.

I love camping. Just hanging out around the fire, talking. There is no tv or computer to distract us from each other. I love that the kids are running around, gathering the colorful leaves from the ground, collecting discarded Cicada shells, digging for “fossils” and just generally enjoying the outdoors.

I think the best funny story from camping actually makes me look like a fruitcake, but I will share anyway. Chace got a nasty looking scratch from one of their forays into the woods. I pull out the trusty First Aid kit that my safety conscious hubby has carefully packed. I open it and their are no band-aids or Neosporin inside. It is the kind of First Aid kit that people take on an expedition to the North Pole or somewhere. So, I start digging through the stuff I brought. I pull out a Burt’s Bees kit. On the package it says something about natural remedies for minor skin irritations. So, I pull out a tube and without really reading it, I assume it is a Neosporin type product. I smear it all over his arm, and don’t even wonder why it is white, I just figured it was because it was “natural” The next day, I get out the kit again, looking for the jar of chapstick like stuff I saw when I notice the tube I used says TOOTHPASTE! I start laughing hysterically, and then try to stifle it so nobody will notice. Of course Aimee does and asks what is so funny, so I have to tell her. She then proceeds to share it with everyone else in our group. Chace pipes up with, oh yeah I wondered why it was hard and crusty when I woke up this morning!!! I am laughing again now just thinking about it. 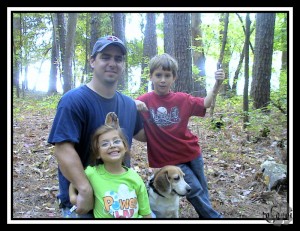 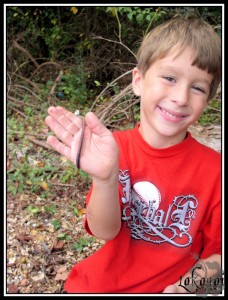 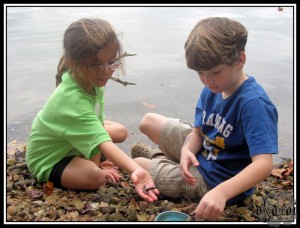 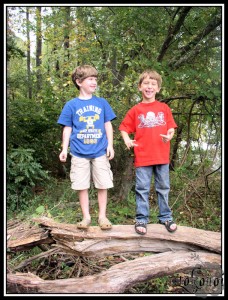 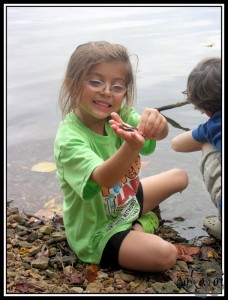 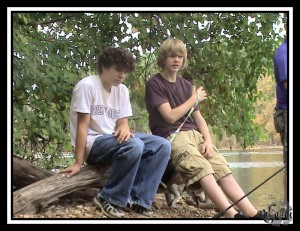 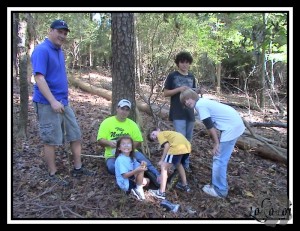 Chace – the Dragon
Filed Under: Life at the Anderson's
Tags: camping, funny, travel
Fall Break Fun
A day with my hubby