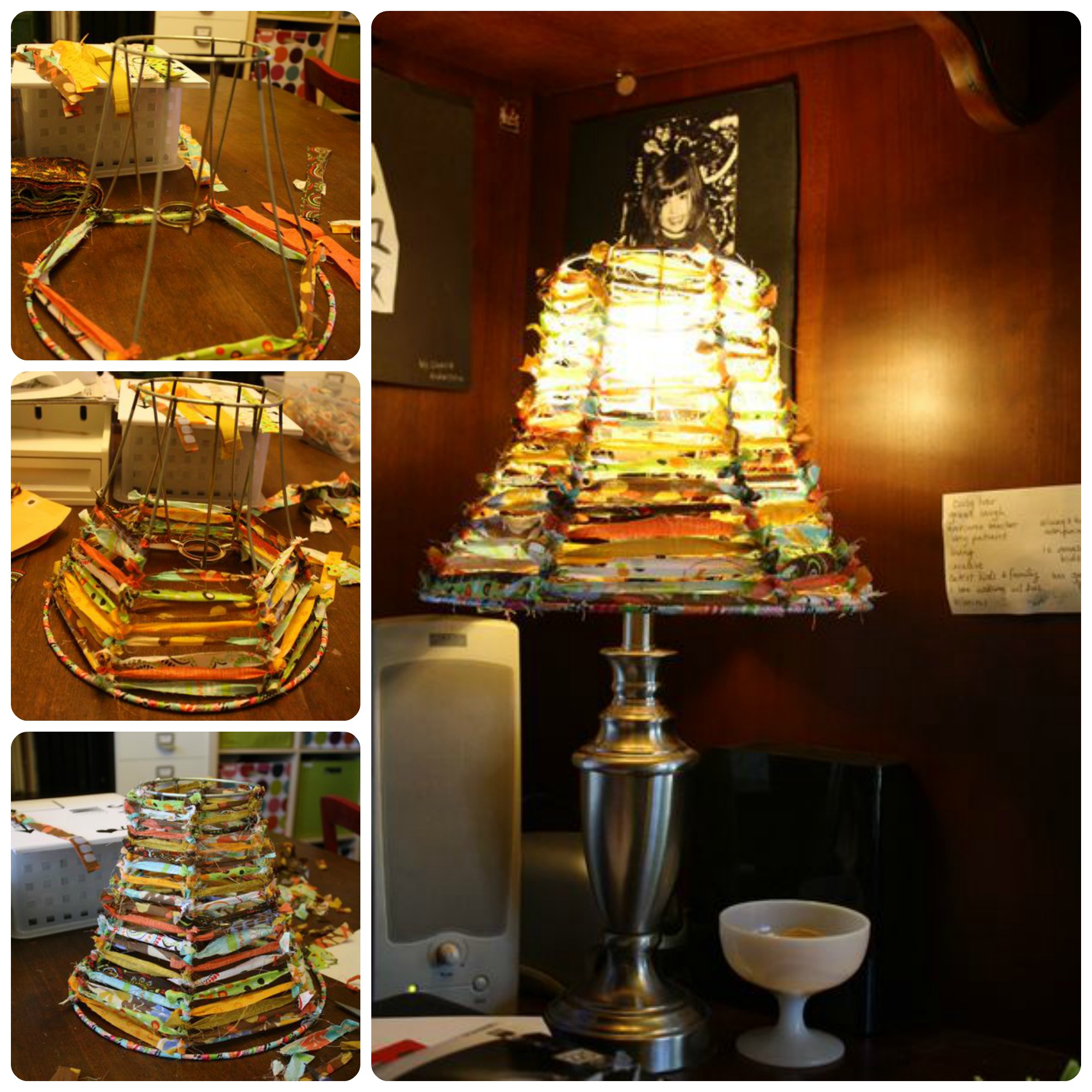 Another project crossed off my To-Do list, sort of!  I finished the fabric strip lampshade that I’ve been wanting to create since I saw it on Pinterest.  The problem is that the lampshade that I got the other day, (remember my Thrift Store Score post?) well, it didn’t work for the lamp that I had in mind when I bought it.  It was too small.  But, I still wanted to do the fabric strip technique, so I just went looking for another lamp I could re-do.  The lamp that sits in the computer armoire was a good size.  There was nothing wrong with the shade on it, it was just boring.  A plain old silvery white color.  So, the transformation began.  It took quite a bit longer than I thought it would to cut the strips and then tie all those buggers on.  But, in the end I love the way it turned out.  Now, the only problem is that I need a lower wattage bulb.  I don’t think it is a fire hazard, but it’s pretty bright shining through the fabric strips.  You can see the shine on the wall of the computer armoire in the big picture.  Also, when Todd came in to marvel at my work of art, he threw his hand up over his eyes.  I think he might have exaggerated a bit, it’s bright, but not quite that bad!! 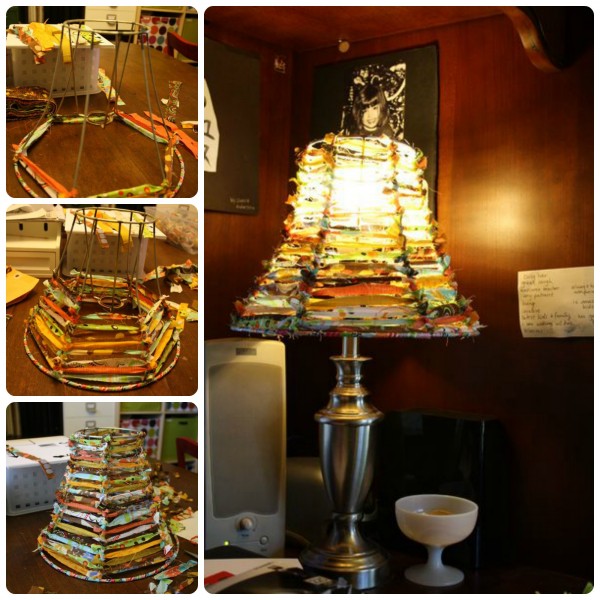