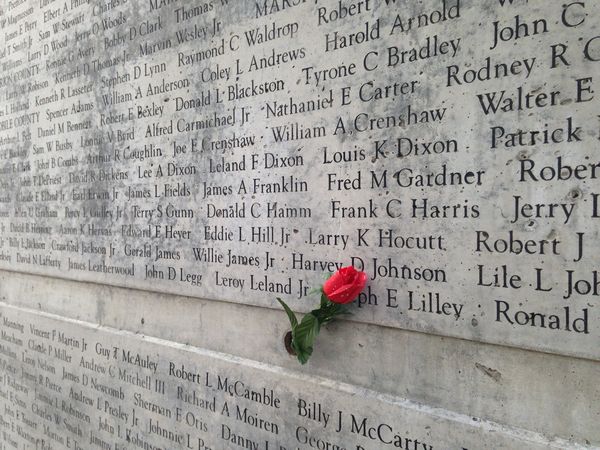 We went out again today with the express of trying to beat my previous record of 34 geocaches in one day.  It was a success as I ended up with 4o!  Whoo-hooooo!!!  We had originally planned a trip out to a stretch of road between Jacksonville and Piedmont where there is a string of geocaches every 500 feet or so along a road.  Easy peasy, but probably not very exciting!

As we headed out we stopped at a few caches that I had not already found along I-459.  There are several caches at the Veteran’s Memorial Park which is located off of I-459 near Liberty Park.  This Memorial Park is a must-see!  I know it’s been there in Birmingham for years but I’ve never made the time to stop.  That is one of the things I really love about geocaching – it gives you a reason to check out wonderful places like this.  There is a great walking trail that goes out to an area with lots of seating where they have events with a really awesome American flag right in the middle.  It is a beautiful spot.

You also definitely need to make a stop at the stone columns.  Each column has a plaque on it. Some of the plaques have a image engraved on them or letters.  Some of the letters were heart-wrenching…….they were written by soldiers who were out in the field and missing their family. I could just feel their pain and loneliness by reading them.  Others were letter of commendation for soldiers, and there were even a few letters written to the members of soldiers who had been killed in the line of duty.

Another must-see is the Walls of Remembrance located within the park’s Hall of Honor.  These stone walls honor more than 11,000 deceased Alabama war veterans whose names are
engraved there.  It is very sobering to take in that many names of people from Alabama who have died serving their country.  My dad pointed out my great-uncle’s name, Aura Lindley.  Seeing his name there provided a personal connection even though I had never met him.  I remember hearing my Grandpa talk about his brother often.

Another beautiful place we stopped at today was a little park right beside the Cahaba River.  We ended our day trip by looking for a geocache right by Panera at The Summit.  It was quite dark out so we weren’t able to find that one.  But, I loved the view of Highway 280 from way up there at the Summit so I snapped a picture. 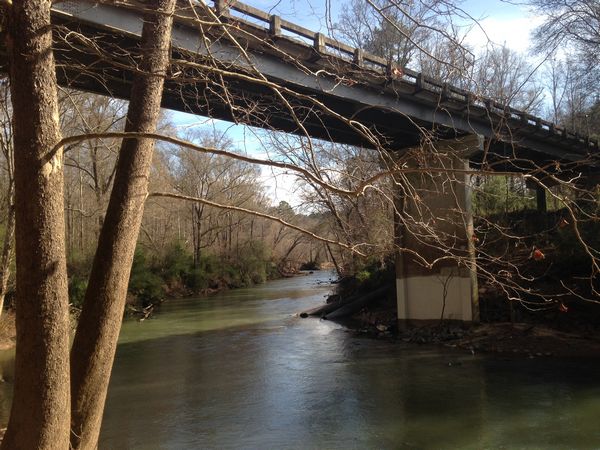 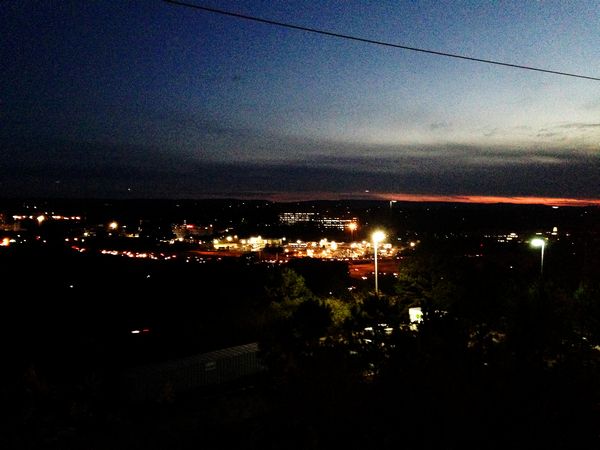 Visitor’s Guide To Birmingham, Alabama
Filed Under: Life at the Anderson's
Tags: geocache
Christmas 2013
Puppies, Soft Bed and a Fire