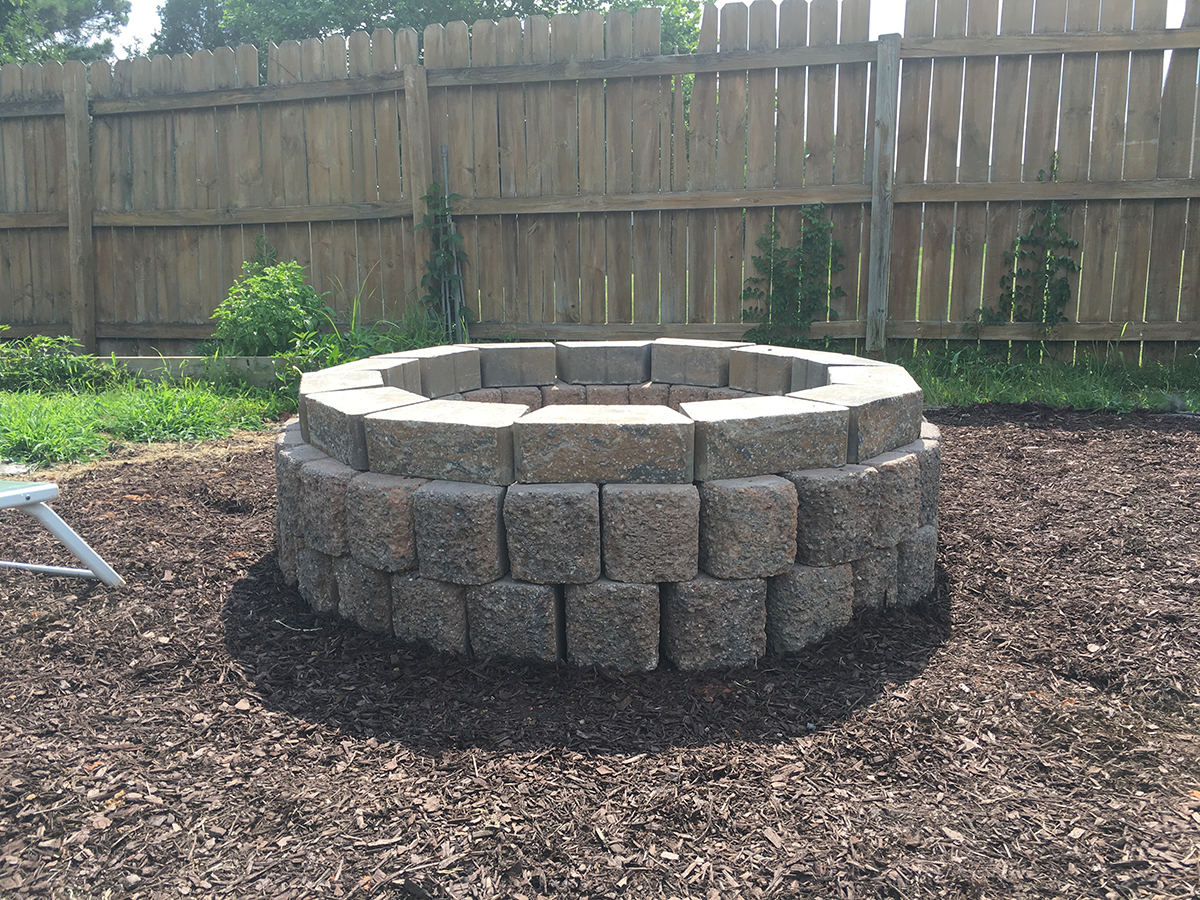 I have wanted a real fire pit forever! I previously had one of those pre-fab fire pit table thingies, I think from Target. But, somehow it melted a bit. I don’t know if the fire got too hot or what. I don’t really understand that because I mean, it is made for fire, right? For burning things in??  yeah, so – I finally decided to make a real one to go in the yard. We already had a huge blight in the landscaping of our backyard due to an old trampoline that sat there for quite some time after the kids stopped jumping on it. So, I put that sucker on CraigsList as a freebie and somebody snatched it up within a couple of days. Yay!  But, I was left with a huge sort of round circle of weeds and dirt.  Ah-ha!  Perfect place for a fire pit.

I got the stone blocks at Lowe’s. I would link them for you but they don’t carry these particular ones any longer. In fact I got a crazy good deal on them. I was comparing the different choice when a Lowe’s guy asked if I needed help. I told him I was just trying to decide which stone blocks I wanted to buy and he asked if I had the seen the pile of clearance stone at the back of the store, conveniently hidden away in the corner. Ummmm, no sir I have not, but I would love to. I don’t know why they were getting rid of them so cheap, but I got all of that stone for around $35.  Crazy good deal right??  I HEART Lowe’s! I also picked up a couple of bags of river stone for the middle of the fire pit.

After loading the stone blocks in the truck I got them home and delivered the bad news to the kids that they were being “voluntold” to help build a fire pit.  After only about an hour I had a beautiful new fire pit in the backyard.  Can’t wait to roast some marshmallows now! 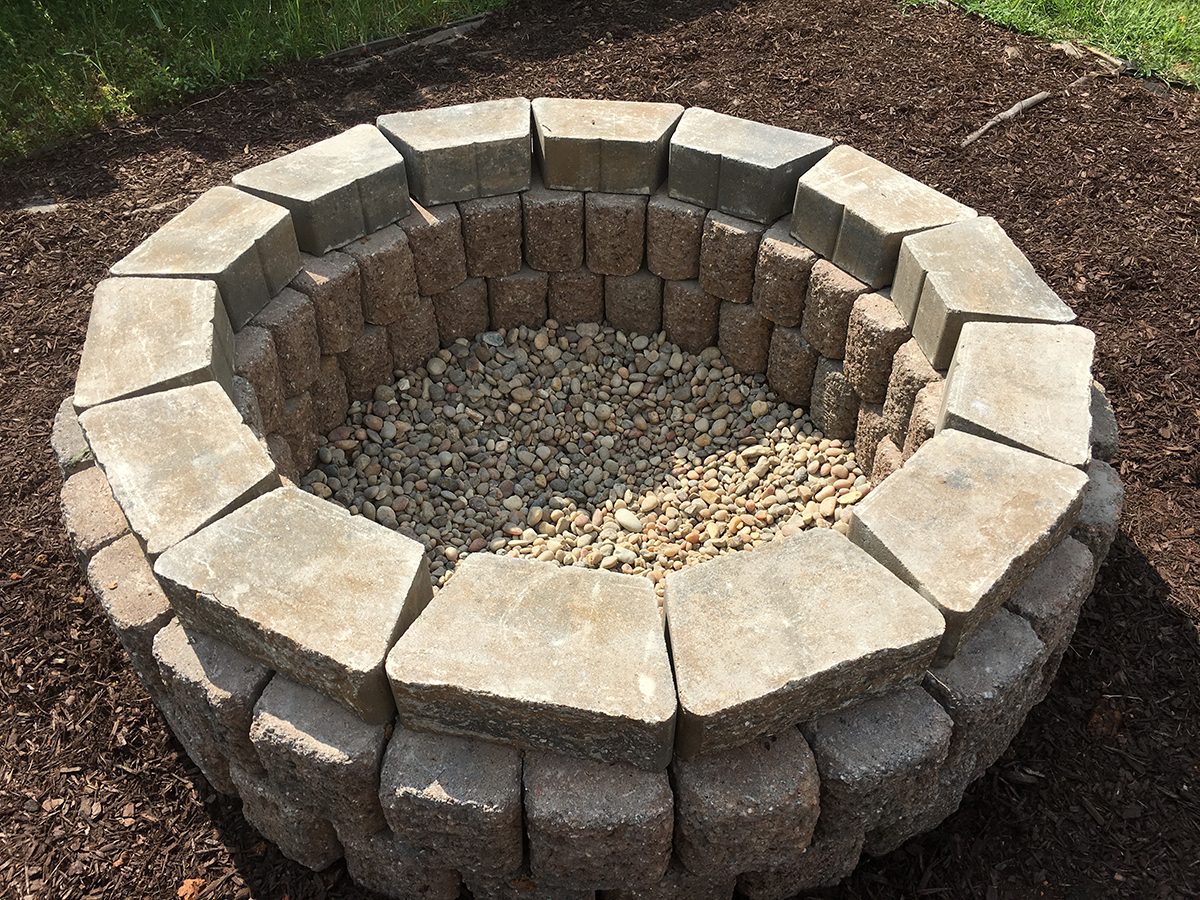 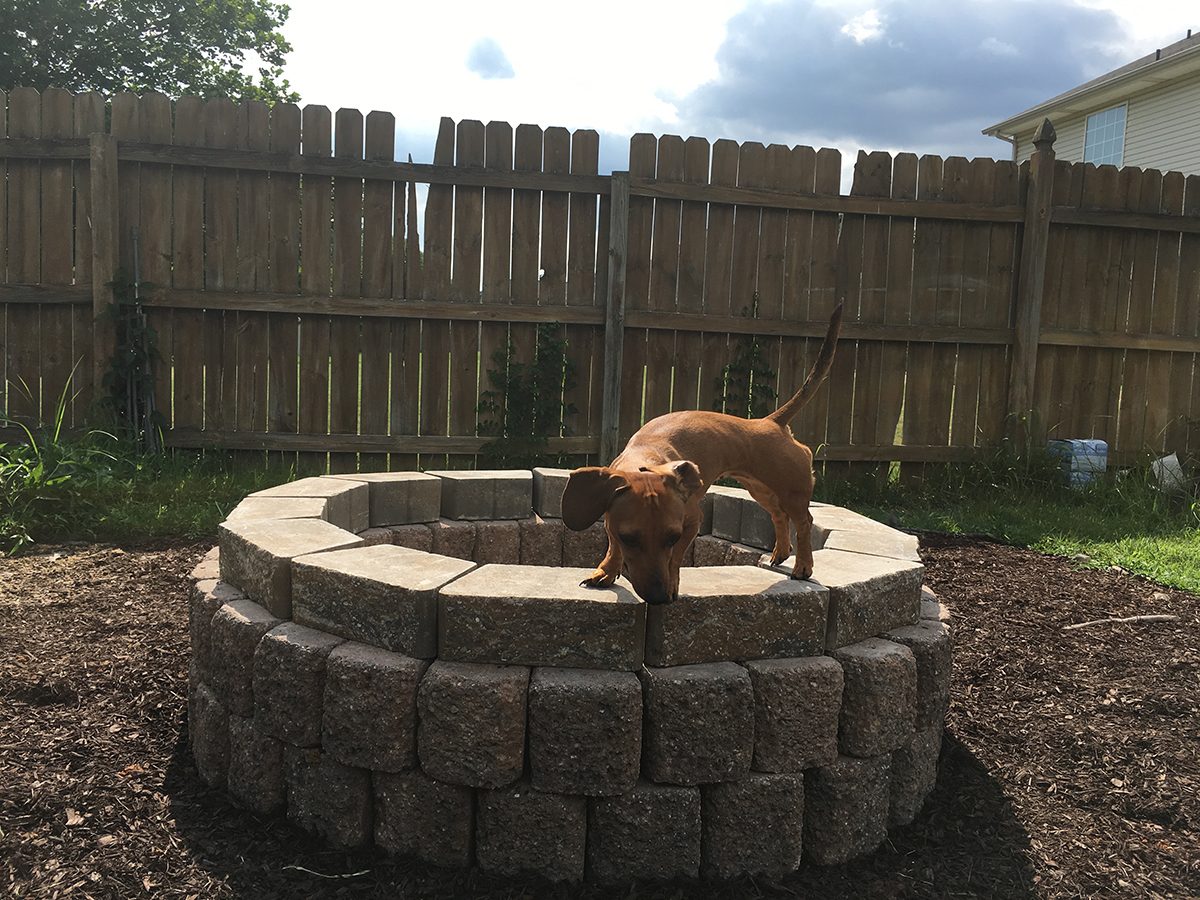 Chace vs. Poppy
Filed Under: Life at the Anderson's
Tags: backyard
My niece is a graduate!
{Dream}catcher Art