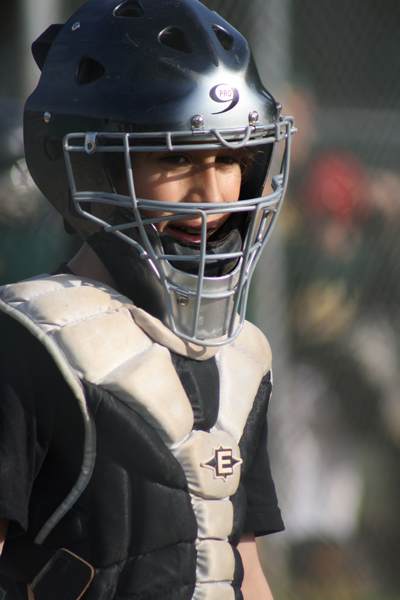 Caeden’s team, the Marlins, have had a pretty dismal year.  I don’t even know what their record ended up being, I stopped keeping track about halfway through the season.  It’s hard to have a losing season after his team last year were the champions.  But, you can’t win them all which was a great life lesson for 10 year olds, especially Caeden.  He moaned and groaned about the first few games, you could just tell he didn’t want to be there.  Then he seemed to dig a little deeper and started to enjoy the games {mostly}  even though they hardly won any!  He was playing well and I kept telling him that was the important thing, how well he personally played.  If he did his best but the team still came up short, then he should walk away feeling proud.

We are here at the end of the season starting the tournament.  Since we were the lowest seeded team, we got the best team to play first.  Yay!  Our boys brought their best game to play!  They were doing really really well, and we were beating the #1 team!  But, then they fell apart and started making mistakes.  Of course those mistakes ending up costing us the game.